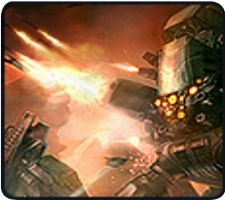 The Rocket Launcher is a basic defensive unit.

Tech Requirements: There is no tech requirements to build.

Only metal is needed to build the Rocket Launcher.

Retrieved from "https://galaxyempire.fandom.com/wiki/Rocket_Launcher?oldid=8096"
Community content is available under CC-BY-SA unless otherwise noted.